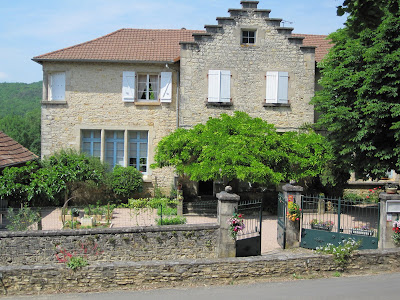 I've already mentioned my meal at La Récréation, a charming restaurant set in a former schoolhouse in the tiny hamlet of Les Arques, and probably my favorite among a group of very memorable meals. The food was marvelous, as would be expected, and we were outside on their patio on a lovely, flawless late May day in the south of France ... in other words: heaven.

The service was also noteworthy. From my seat at our round table I was perhaps the only person able to observe some of the behind-the-scenes choreography that brought the food to our group. Far from where we were seated I spotted a server with a tray of food for us, and he lingered a bit before approaching our table, which I thought a little odd, until I saw what he was up to: he was waiting for his colleague, who had his own tray for us.

Only when both were "in place" would the servers approach our group as a pair, striding briskly and taking opposite sides of the table, wordlessly (but with big smiles!) placing the appropriate dish in front of the appropriate person. They did this with absolutely no flourish at all, nearly invisibly, as if to call no attention to themselves but instead to encourage our focus on the plate and the drama to be found there....

After dinner, Les Arques was a sweet little place to take a walk. Back in the Thirties the Russian artist Ossip Zadkine bought a summer home there; today it's a museum devoted to his work. We couldn't get in (remind me why Mondays are the universal day off in the museum trade?) but we could admire some of his sculpture around the house and the church, along with the brightly-shuttered house itself and some of the nearby buildings.... 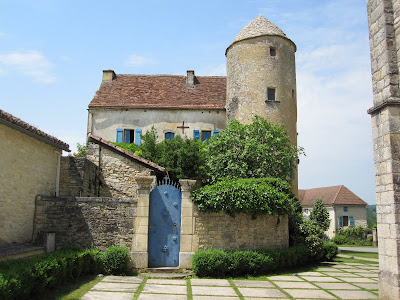 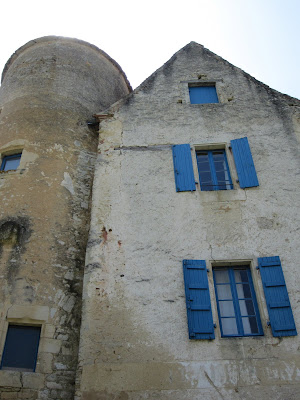 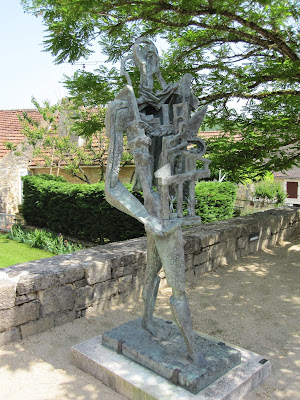 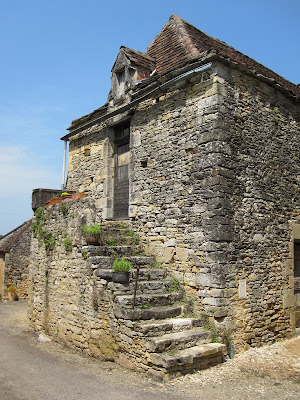 Across the street from La Récréation, someone seemed to think the only way to compete with Zadkine was to paint their shutters a manically cheerful, nearly hallucinogenic blue, and I salute them! 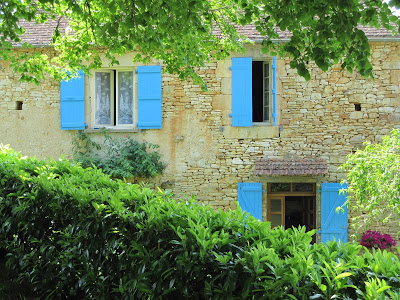