Nighthawks (in the afternoon...)

A little brasserie, L'Escale de Lyon, was just up the street from our apartment on the rue de Charenton. We'd go there from time to time to recharge on cafés noirs: the woman behind the counter (she seemed to always be there) would give us each a glass of cool water as the coffee brewed, while Algerian music played on the radio. Deb wondered what I was pointing the camera at -- I wanted to catch a bit of the vibe of the place, and the scene I was looking at struck me as a bit "Nighthawks-esque."
at August 14, 2009 No comments: 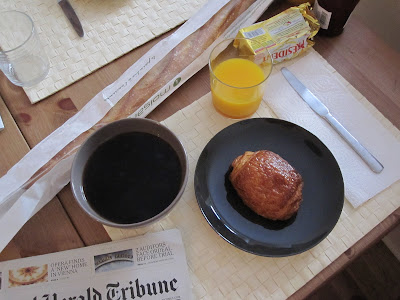 I've been slow to recount the second part of our trip, our time in Paris, because I didn't want to say goodbye to the Quercy. Leaving there meant (means) leaving my friends in the quintet, leaving Gretchen and Fritz and the nice folks they introduced me to, and leaving Puy l'Éveque and the Hotel Henry, which wasn't a fancy place at all but which charmed Deb and me anyway.

Improbably, we had such a wonderful time in the southwest that I was afraid Paris would be ... a letdown.

One big change: the way we ate. I've already rhapsodized on the glorious plates set before me in some very select restaurants in the Lot Valley. While we dined out occasionally in Paris as well (at joints not remotely in the same league as the fine establishments Gretchen had lined up for the group), most of our meals there we made ourselves, in the tiny you've-got-to-be-kidding-me toy kitchen in our apartment on the rue de Charenton, in the 12th arrondissement.

The simpler homemade fare we had there was a bit of a relief after the rich, foie gras über alles cuisine of the first week: generally more vegetarian (okay, at least let's say "duck free," which was a start), simpler, but very fresh, thanks to the glorious Marché d'Aligre right up the street (more about that later...).

In fact, more often than not that was nearly the formula for our dinners as well... 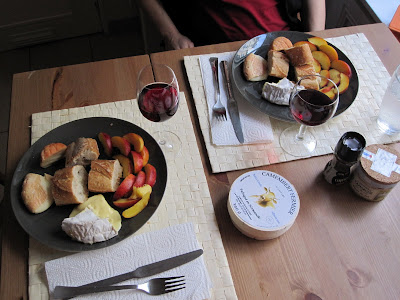 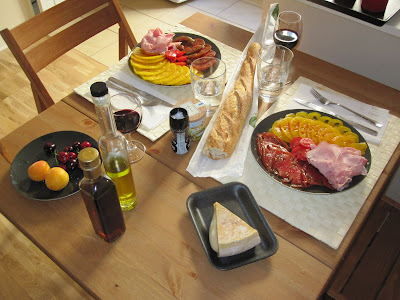 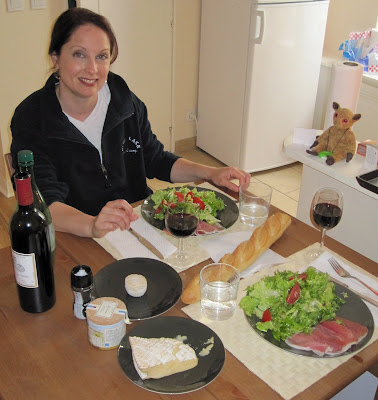