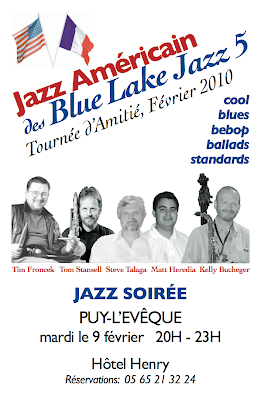 When the Blue Lake Faculty Quintet played last May in Figeac, representatives from the Altitude Jazz Festival heard the group and invited us to perform in February 2010 in their home base of Briancon. We were to play the closing concert of the festival, wrapping up a two-week series of performances that included Jerry Bergonzi(!!), Kirk Lightsey, and Uri Caine.

Gretchen used the Altitude gig to anchor a weeklong blitzkrieg of a tour that would begin on familiar turf at the Hotel Henry in Puy l'Evèque and la Balène in Figeac, caravan 10 hours westward up into the French Alps for gigs in the Briancon area, then cross into Italy for a Valentine's Day performance at the beautiful Torino Jazz Club.

We were now touring under the streamlined moniker "Blue Lake Jazz 5" -- streamlined to fit our new promotional poster, above. I took the opportunity for the new poster to use a shot where Matt's head was attached to his actual body (for the summer concert at the camp, I'd grafted his head onto the previous bassist's body, below, for the program. Looked just fine, not creepy at all, unless you knew the hideous secret...), and to replace the dorky shots of me and Steve with less dorky shots. 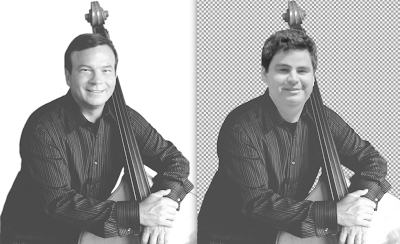 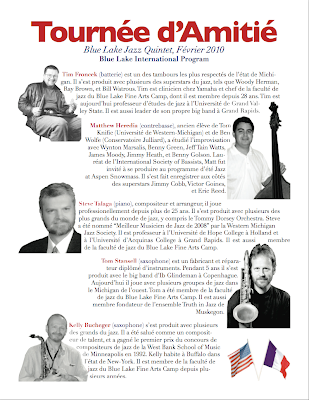