We sat on either side of a small round table in a shabby courtyard. Alex squinted through her bangs as she inventoried the table: cigarettes, lighter, two wine bottles (empty), two glasses (empty), one unopened bottle of wine. Zero corkscrews.

It was getting dark, the end of a hot August day. An hour ago the courtyard was full of people, some bearing corkscrews. They left to attend a concert. I was blasé about the concert. Alex was blasé about everything. We were drinking wine. We were on our own.

I stood up, feeling self-conscious and tipsy. “I’ll get one.” Alex pushed away from the table, brushing hair from her eyes with the back of her hand. “I’ll come too.” She was small. She’d matched me glass for glass, but she seemed steadier than I was.

We pushed open the huge wooden door and turned right, out of the courtyard, onto a narrow street. We didn’t talk. The silence felt awkward, and I was trying to remember: “What do you call a corkscrew?” I knew how to ask for a beer or, later, a bathroom.

We took another right at the corner. A sad-eyed old man, quiet and dignified in a hat and dirty suit, sat cross-legged on a large piece of cardboard over a grate in the sidewalk, scritching the ears of a huge black mutt on a leash. Written in large letters in French on the cardboard: “I’m hungry.” Another thing I knew how to say.

Across the street was a brightly-lit shop not much larger than a walk-in closet. Inside you could find everything you would ever need: cigarettes, cheese, wine, toothpaste, band-aids. A stocky, balding man stands smoking behind the counter. He glances at me, then looks Alex up and down.

“’Scuzez-moi,” I say. He looks back at me, cigarette dangling from the corner of his mouth. In French I say “We have need of,” put my fists in front of me, swiveling one of them in what I hope is a recognizable pantomime of opening a wine bottle, and say with emphasis “pour VIN.”

“Comment?,” I reply. Without taking his eyes off mine, he reaches under the counter and with a flourish reveals a corkscrew, as if executing a magic trick. He repeats the same something he just said.

Smiling, he says something else to me. He looks at Alex and winks. She smiles back. “Oui!” she says.

He punches some numbers into the cash register, then points to the price on the display.

We’re splitting this, maybe? I look at Alex. She smiles at me, motionless.

I pull a bill out of my pocket, the last of my francs aside from some coins, and put it on the counter. The man takes the bill, drops it into the register, puts the corkscrew into a paper bag, then counts out the change and puts it on a little tray on the counter. He places the bag beside the tray.

I pick up the bag and the change. It’s 12 francs short. How much is 12 francs? Math is not working in my head right now. Is it worth even doing something about? Yes: I’m poor.

I hold out my hand with the money and say “’Scuzez?” His eyes widen, and he freezes mid-puff. He looks at me with a pure, open, waiting face, as if he’s having his portrait painted.

I point to the change in my hand. He takes a drag from the cigarette in the corner of his mouth.

“It’s not correct,” I say in French. He frowns, shrugs his shoulders, and makes an uncomprehending grunt.

“Shoo-shoo-shoo,” it sounds like he says, out of the free corner of his mouth. Frowning, he looks at Alex and says something. She smiles. She has no idea what’s going on.

He turns to me, arches an eyebrow, and says loudly in a slow, pained voice, “MON-sieur!” He leans over the counter and motions for my hand with the change. I show him the money in my palm. Suddenly he grabs my wrist. I’m too shocked to pull away. His hand is surprisingly moist and warm, and his grip is very firm. For a split second I have the impression he’s about to spit in my palm.

He sighs. Gently, like a dad explaining numbers, he fingers with his free hand the various coins I’m holding, tallying them up. As he announces the value of each coin, cigarette bobbing in the corner of his mouth, he gestures for me to repeat the French words.

Stunned, I do as I’m told. We go through the change in my hand, him counting off in French and me repeating, a math lesson and a French lesson.

For some reason, I get tears in my eyes. I glance at Alex. She is watching our hands, mesmerized.

He is finished. He releases my hand. Blinking, I look down, trying to focus on the coins. I have the correct change.

“Sorry,” I say. He’s looking at me intently. The lesson over, Alex brushes the hair from her eyes and looks up at me. “Je suis,” I start. “Je regrette.” I stop. I have no idea what to say, and no idea how to say it. “Sorry,” I say again, in English.

We cross the street. As we walk past the hungry man and his dog, Alex asks “What was that?” We turn the corner at rue de Fourcy.

I have NO desire to talk about it. “Weirdness about the price,” I mumble.

“What?” I interrupt her, defensively.

We’ve stopped walking, and she looks up at me, frowning, trying to make sense of me.

“Teer, something,” she says carefully. “It’s how he said corkscrew.” 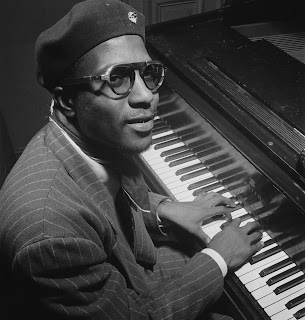 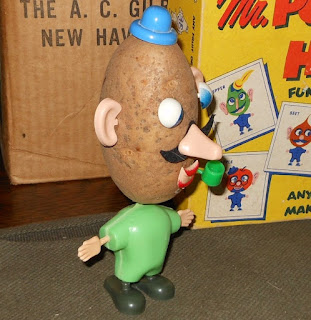