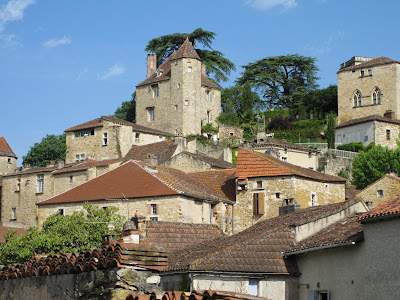 Puy l'Évèque is an achingly pretty little medieval town in the Lot River valley of southwest France, a couple of hours north of Toulouse. When we arrived in Toulouse, we'd expected to meet Gretchen, who'd lead us in a rental car caravan to Puy l'Évèque and our destination there, the Hotel Henry.

Unfortunately, something went wrong. We knew there was a problem as we left Paris: the other members of the quintet were not on the plane, even though we were supposed to meet them at Charles De Gaulle and fly in together. Had their flight from Detroit been delayed? We figured Gretchen would fill us in on our arrival.

At the Toulouse airport, however, there was no sign of Gretchen. We had her paged, with no response. We had no phone number for her. We were on our own.

This should have been No Big Deal. Deb's a near-native French speaker; we'd both spent lots of time in Europe, and have gotten ourselves into and out of plenty of jams over the years as "sophisticated world travelers."

However, all we knew was the name of our hotel: Hotel Henry. I couldn't remember what town it was in! I'd so taken it for granted that Gretchen would hold our hands and lead the way that I'd done absolutely none of the kind of obsessive planning and plotting and fulminating I often do over stuff like this.

That, plus a very-last-minute decision to leave the laptop at home — I mean, jeez, we're spending 2 weeks in France: to hell with the internet! Why bother with the hassle of traveling with a computer that we'd be idiots to use when ... you know, France was all around us and stuff.

Unfortunately, all of my information on the Hotel Henry was on that laptop...

We went to the information desk at the airport, where our pitoyable predicament ("All we have is the name 'Hotel Henry,' but we're sure it's in France!") made us look exactly like the Moron Americans abroad that I used to tut-tutt at under my breath as I'd watch their clueless, would-be-hilarious-if-they-weren't-Representing-America antics in train stations and shops across Europe.

After a delightful interlude with the Information Lady, who saw us as the idiots we were, and who wanted to make sure we were aware that she was aware that we were fools, and who then, drunk with power, seemed poised to withhold the info on the hotel once she'd tracked it down, BECAUSE IT ONLY HAD TWO STARS!! — "I can imagine some friend might say 'Oh it's the best place,' but you can surely do better..." — anyways, I put her in a choke-hold and she sputtered out "Puy l'Évèque."

I won't recount the jet-lagged 3+ hour drive, the wrong turns, and the rest, because: IT WAS ABSOLUTELY WORTH IT! The place is flat-out gorgeous, Deb was smitten, I was relieved, and: here are some photos.... 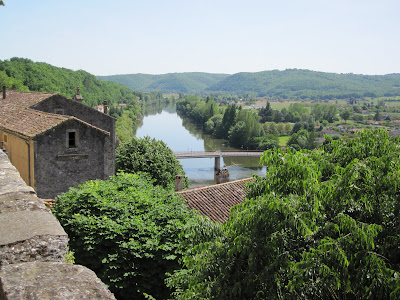 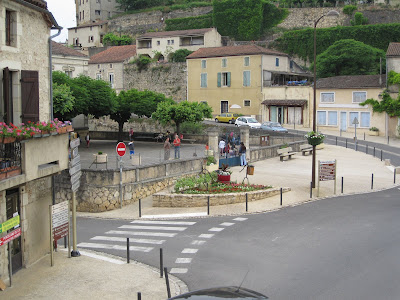 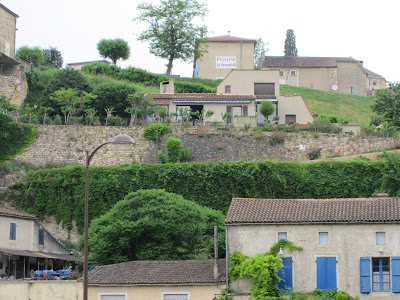 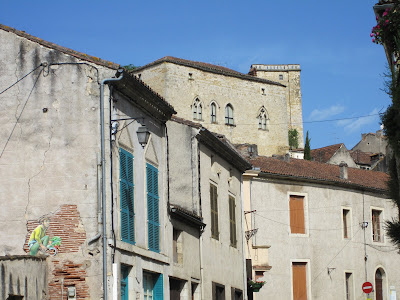