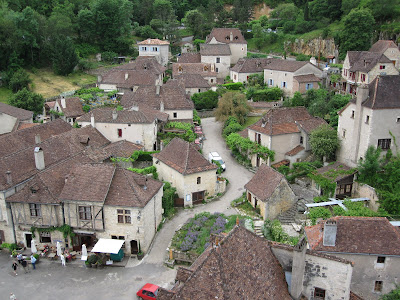 Tom's camera had some sort of exotic newfangled memory card that wasn't stocked in local shops, along with a lavish 512K of memory -- so Tom took one shot and then had no more actual use of his camera.

From that moment, for anyone unlucky enough to be holding an actually functional camera near him, Tom would -- like a frustrated out-of-work movie director watching some neophyte make a hash out of a film script he loved -- point out the shots you should and would be taking if you had his photographic eye. Here he shows Steve the shot he's missing: 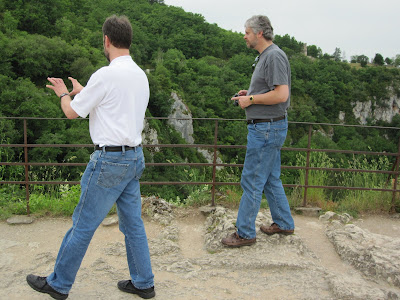 Steve, on the other hand, was an "early adopter" into digital camera technology, and as a result had a camera that was able to shoot one pixel (but of such a vivid color!) every 3 seconds or so. His camera was of sufficiently early vintage that it didn't record video, but it DID record audio!! -- and if he'd been recording himself while shooting, here's what it would have sounded like, as he'd point his camera at some fleeting moment of pure French beauty and then waited an interminable period of time while his camera emotionally prepared itself to actually take the shot: 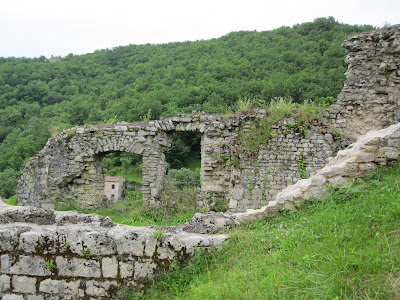 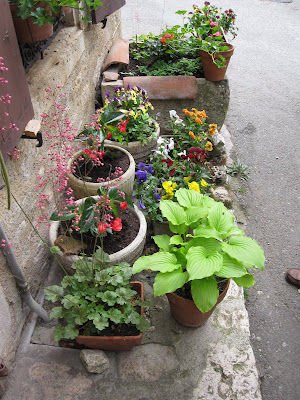